This is an article based on “The Context” episode 075 of the Bitcoin & Co. Podcast. I am answering questions by a listener named Thamzin: 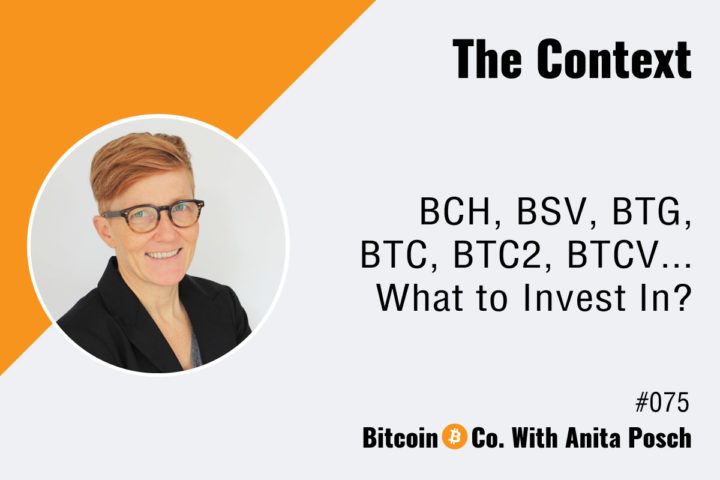 Ok, so Thamzin has looked into the possibilities of earning money with Bitcoin or other cryptocurrencies. It is great that he found out about this and that he is looking for Bitcoin, because I really do believe, that it can make a big difference for him and you. I do not know where Thamzin is living, I guess somewhere in Africa, and I know that the African continent is shaken by high inflation rates. People are constantly losing money because their national currencies are devalued through monetary inflation. For instance the Nigerian Naira got devalued by almost 20% in the time from March to June 2020. And in many African countries this is the case, too. With billions of money created by central bank policies as a reaction of politics to the Covid-19 crisis, other regions of the world will face higher inflation, too. And even, if not: the economical impact of the lockdowns will have severe consequences, better rely on an uncensorable and not inflatable asset like bitcoin.

So even if you might not get rich in the short run, Bitcoin can be an alternative way to save the money you have. You might even earn something by holding it. But: of course this is not a given. There are many risks involved in using an asset like Bitcoin. What I am saying in this episode is based on my experience to the best of my knowledge, but you never know and I cannot foresee the future.

I did not know Bitcoin Vault until Thamzin asked me about it. I researched it on the internet and found the typical results for a self described Bitcoin competitor. The Bitcoin Vault website, calling it a “A higher standard in security” and “Based on Bitcoin Core with additional features”. Bitcoin Vault comes with the usual Whitepaper written by a guy named Eyal Avramovich, who seems to be the founder. The description comes with fancy technical formulations like “Bitcoin Vault (BTCV) is the first blockchain to adapt to the Decentralized Digital Mining Standard (DDMS) of World Digital Mining Organization Inc. (WDMO).” As if anybody knows what this is. Furthermore Bitcoin Vault is listed on Coinmarketcap with this description: “Launched on 12/12/2019, Bitcoin Vault was developed to provide an extra level of security based on a three-private-key security structure. It features all the convenience of Bitcoin while adding important features allowing user transparency and freedom.” Looking at the statistics on Coinmarketcap there is no current data on the circulating supply nor the maximum supply to be found. Not a good sign.

There is not much more, than these fancy descriptions, saying that it is like bitcoin but better. It is a common pattern with these kinds of Altcoins and the reason why they earned the name Shitcoins.

Basically this research result is enough for me to say: if you want to gamble, you can buy something like Bitcoin Vault. But if you do not have any money to loose, then stick to the asset with the longest history without being hacked, with hundreds of developers working on it, with the most scientific research papers and the strongest network effect. To evaluate a coin you should always look into its utility. Who is using this cryptocurrency and what for? Bitcoin is used by ten-thousands of people on a daily basis. For remittances, for saving, for buying goods and for speculation.

It is the only cryptocurrency that is truly permissionless, censorship resistant and has a limited supply of maximum 21 million. These properties and the fact, that there is no founder, no central entity that can control or alter the development of Bitcoin Core without consent make Bitcoin BTC so unique. Show me someone who uses Bitcoin Vault to send money from Europe to Africa. You will not find anyone. It is also not listed on longstanding, trusted exchanges. Use these properties as signs, if you are in doubt and looking into the other projects that call themselves a variant of Bitcoin like Bitcoin Cash, Bitcoin SV, Bitcoin Gold, etc etc.

Thamzin was asking where he should invest, because trading is killing him. I understand that and it is a very clever move not to trade. If you are not a professional trader, it is like going to the casino. You might win something, but most of us will lose real big.

This is why I always say to newbies: do not trade… https://t.co/NHiuMY0sdp

By the way I find it unethical to call such copies of the Bitcoin Core Software also Bitcoin. It is open source software yes, you can do it, yes, nobody is going to sue you, yes, but it’s not ethical. For me it is like stealing somebody elses idea and then deliberately confusing newbies to buy into it.

Thamzin was asking: what is the difference between Localbitcoins and Bitcoin Vault. Bitcoin Vault sounds a little bit like a place where bitcoin is stored. The word “bitcoin vault” is also used for a specific kind of bitcoin storage. So I totally understand the confusion.

Bitcoin Vault is a copy of the Bitcoin Core Software with changes making it a different blockchain, it has nothing else to do with Bitcoin. It is a complete different asset.

Localbitcoins is a peer to peer bitcoin exchange. It is not a Blockchain or asset. on the localbitcoins.com website you can register and find other people who will sell Bitcoin that you can buy. LB is a service that secures the buying and selling process. As soon as you register you will have a wallet at localbitcoins that stores your bitcoin. I recommend that as soon as your trade is finished and you have the bitcoin in the wallet ON localbitcoins you transfer these bitcoin into your own wallet on your smartphone.

Why? Because the localbitcoins wallet does not give you your private keys. Meaning, it is more like a bank, where your money sits in an account, where you can send money in and out, but in the end, the bank can close the account without further notice. This is what is called a custodial wallet. If you want to be sure to always have access to your bitcoin, you should install a bitcoin wallet like the “Green” wallet by Blockstream on your smartphone. The most important thing is to write down the 24 words that the green wallet is presenting, during the installation process and keep these 24 words in a very secure place - only on paper (do not store it digitally)! Keep the 24 words in the correct order, as it is shown in the “Green” wallet. With these 24 words you can recover your bitcoin funds even if you loose your phone or if the wallet app does not work anymore.

In short, the answer for Thamzin and all of you: Bitcoin Vault is just another in my opinion fruitless attempt to build a better Bitcoin. There is no better form of money in the cryptocurrency space than BTC. It has the largest user base, the best developers, the most powerful network effect and properties that make it unique in the cryptocurrency space. Even if there are advancements by other projects, if those inventions make sense, Bitcoin developers will adopt it.

For further information on how to use bitcoin I recommend my talk about Bitcoin Basics I gave in Zimbabwe earlier this year:

Send me your questions via anita.link/vm and I will answer them. 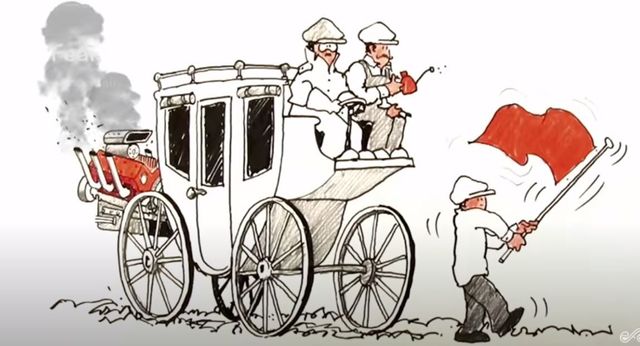 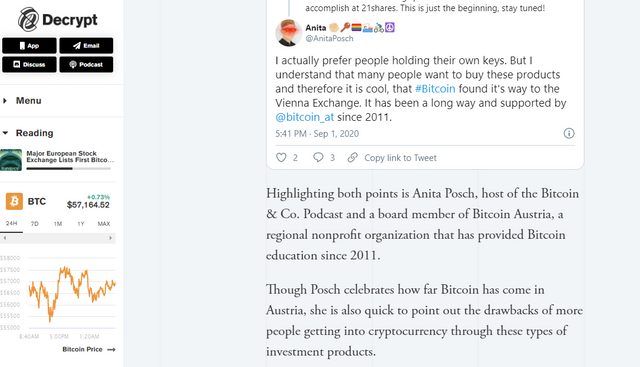 Major European Stock Exchange Lists First Bitcoin Product
Latest posts # 24: Bitcoin Is an Alternative #23: Kleptocrats, Bitcoin Will Make You Obsolete #22: Banning Bitcoin? Au Contraire #21: Towards a Circular Bitcoin Economy #20: Bitcoin Is Maturing #19: The Bitcoin Energy Debate #18: NFTs and Decentralization FM4 Radio: Crypto Art - What Is an NFT? Bitcoin and Institutions Feb. 2021 #17: Hyperinflation in Germany and Austria 100 Years Ago Anita Posch About Podcasting 2.0 on the Bitcoin Magazine Podcast #16: Not Having Bitcoin Would Be the Net Waste #15: Bitcoin Has No Top How to Get a Secure Bitcoin Wallet: Blockstream Green Wallet Tutorial Transaction Fees and Mempool #14: Bitcoin Not Blockchain #13: Integrity #12: Bitcoin FUD and Tool for Freeing Humanity Documentation of My RaspiBlitz 1.6.3 Upgrade #11: Own Your Digital Assets #10: Bitcoin Has Settled Almost $10 TRILLION #9: Price Predictions My Independent Podcast Setup Podcasting 2.0: How to Earn Bitcoin With Content Creation #8: The Ledger Hack II #7: Bitcoin Use-Age Around the World #6: The Ledger Hack I #5: Protect Yourself Financial Inclusion and Democratizing Money - Beyond the Chain #4: Buy the Dip Why Bitcoin Now? Differences to 2017