Wiener Börse clients can now get exposure to crypto from a regulated trading platform without having to actually buy the cryptocurrency on their own.

Though Posch celebrates how far Bitcoin has come in Austria, she is also quick to point out the drawbacks of more people getting into cryptocurrency through these types of investment products. 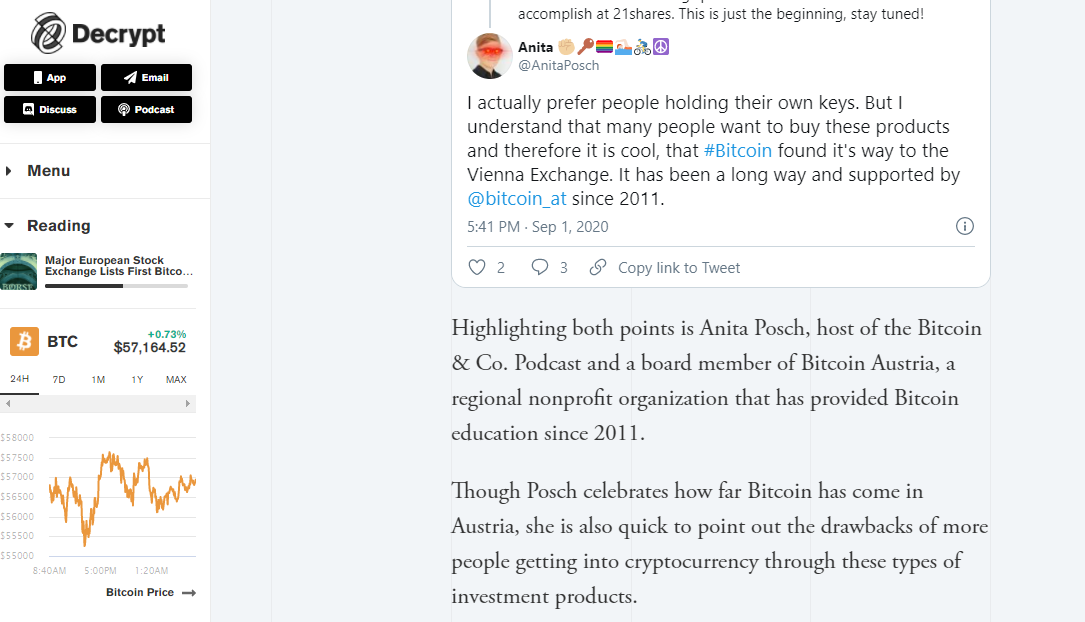 “Basically it’s a security product to own non-custodial (Coinbase) bitcoin,” said Posch. “That means you now have three intermediaries, although the basic idea of Bitcoin is to empower the individual and eliminate intermediaries and all those financial constructs that led to the banking crisis in 2008.”

Posch’s point is that the creation of ETPs could eventually lead cryptocurrency into the same traditional finance mismanagement that Bitcoin was purportedly created to prevent.

Additionally, she said, ETPs enable a dangerous reality that cryptocurrency exchanges like Coinbase can grow so big that they can influence the direction of Bitcoin development.”

What’s more, Posch stated any exchange securing an ETP that does not frequently prove its reserve supply of funds could risk insolvency through rehypothecation, a practice where a bank or broker uses the funds given to them as collateral by their clients for their own investing purposes. This was a common practice in the United States until the 2007 collapse of Lehman Brothers, which subsequently contributed to the 2008 financial crisis—and, indirectly, the birth of Bitcoin. 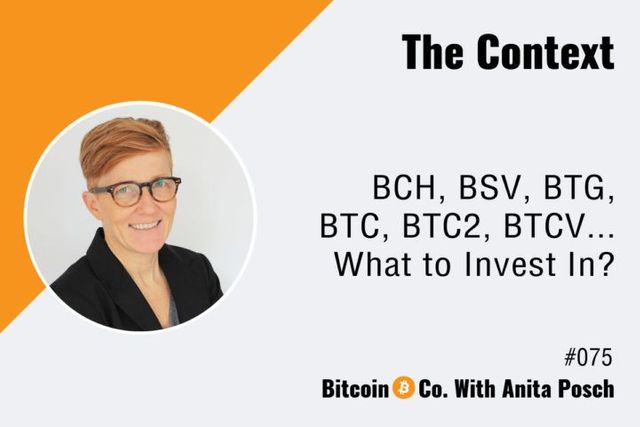 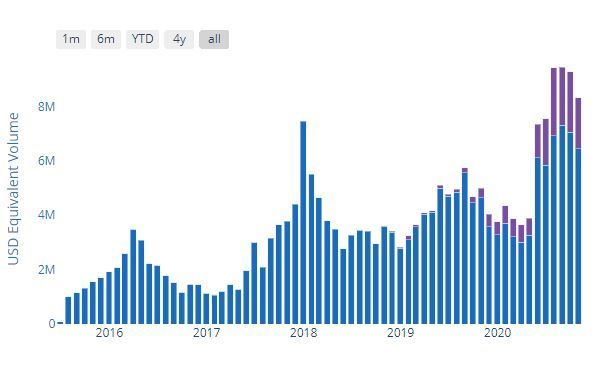 Bitcoin Trading Volume in South Africa Is Surging
Latest posts # 24: Bitcoin Is an Alternative #23: Kleptocrats, Bitcoin Will Make You Obsolete #22: Banning Bitcoin? Au Contraire #21: Towards a Circular Bitcoin Economy #20: Bitcoin Is Maturing #19: The Bitcoin Energy Debate #18: NFTs and Decentralization FM4 Radio: Crypto Art - What Is an NFT? Bitcoin and Institutions Feb. 2021 #17: Hyperinflation in Germany and Austria 100 Years Ago Anita Posch About Podcasting 2.0 on the Bitcoin Magazine Podcast #16: Not Having Bitcoin Would Be the Net Waste #15: Bitcoin Has No Top How to Get a Secure Bitcoin Wallet: Blockstream Green Wallet Tutorial Transaction Fees and Mempool #14: Bitcoin Not Blockchain #13: Integrity #12: Bitcoin FUD and Tool for Freeing Humanity Documentation of My RaspiBlitz 1.6.3 Upgrade #11: Own Your Digital Assets #10: Bitcoin Has Settled Almost $10 TRILLION #9: Price Predictions My Independent Podcast Setup Podcasting 2.0: How to Earn Bitcoin With Content Creation #8: The Ledger Hack II #7: Bitcoin Use-Age Around the World #6: The Ledger Hack I #5: Protect Yourself Financial Inclusion and Democratizing Money - Beyond the Chain #4: Buy the Dip Why Bitcoin Now? Differences to 2017