Hyperinflation in Germany and Austria 100 Years Ago

100 years ago there was a devastating hyper-inflation in Germany and Austria. Prices doubled every year after the first world war between 1914 and 1921. “The Austrian currency ‘Krone’ was delivered in washing baskets, people lit their cigarettes with worthless banknotes. Smart people invested their money in tangible assets or moved it into foreign currency.” 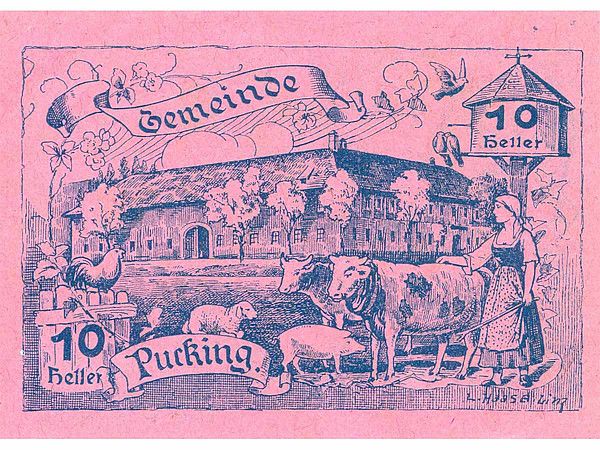 Antisemitism grew. Banks collapsed, economic scandals were numerous. Villages printed their own “Notgeld”. Let’s hope that this doesn’t happen again. It reminded me that my grandparents were born in that time. Living through the Austrian civil-war in 1934 and WWII, which was followed by the Bretton Woods agreement manifesting USA as the global financial hegemon. We are living through the next change.

Feb 2021 I describe why THIS is the moment for individuals to front-run corporations acquiring bitcoin.

This week on the Bitcoin Magazine Podcast, host @ck_SNARKs sat down with long-time Bitcoin podcaster and advocate @AnitaPosch.

The two talk about a new podcasting technology being built on top of the Bitcoin Lightning Network, and more.https://t.co/Sw7ewsA1ez pic.twitter.com/pgdwcWEKBO

Inflation in Nigeria Compared to Austria

In Nigeria the inflation rate in 2020 was ~20%. Imagine having 120 Euros or USD at the beginning of the year and at the end of the year your purchasing power is only 96.

Central bankers in our so-called developed world are telling you that the inflation rate is kept at 2% per year. We do not feel that, it’s a slower decay. I took a look at statistical data about inflation in Austria. From 2011 to 2021 you can see that consumer prices increased 19% on average. Everything got more expensive except communication.

In the last 10 years we had about the same amount of inflation as Nigeria in 2020. We are all losing purchasing power. In one region faster than in the other, but the system of money creation is flawed everywhere. Source

Retail Investors (Individuals) Not in Yet

In Q1 2018 80% of Coinbase’ trading volume was from retail investors. In Q4 2020 only 36% of trades where from individuals. That’s because, as I mentioned in my article, institutions are flocking in and individuals still do not dare or trust bitcoin enough. We will see, if this picture changes within the next months.

Coinbase dropped some great customer segment data today in the S1. If this chart doesn’t make you bullish then you are a lost cause and HFSP.

the Global Currency War Is on

From the United Arab Emirates to the Petrodollar

… and the energy consumption of Bitcoin

The current financial system is built on oil. Hence it’s called Petrodollar. You know how much damage the oil industry and wars do to the environment, right? Now come again and tell me that a financial sytem on #bitcoin powered 30-70% by green energy is an ecological disaster.

Which leads to my current podcast interview with Philippe Bekhazi: Bitcoin Mining in Practice 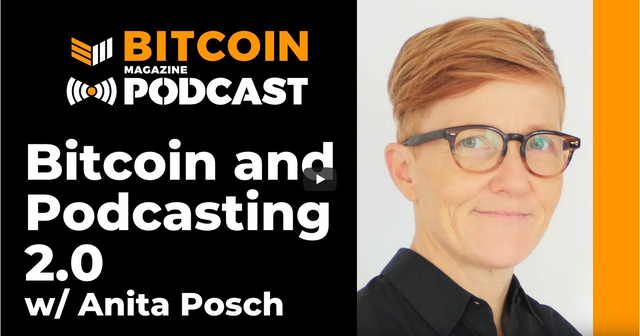 Anita Posch About Podcasting 2.0 on the Bitcoin Magazine Podcast Bitcoin and Institutions Feb. 2021 Bitcoin was made for individuals to be able to own like property or cash. An individual can hold the keys by themselves and decide what to do with
Latest posts Bitcoin Price Surges During a War on Cash in Nigeria Donate and Receive a Bitcoiner for Fairness Outfit (L)earn Bitcoin Audiobook First Bitcoin and Lightning Node in Zambia Bitcoin and Human Rights Article Goes International Bitcoin, Das Geld Der Menschen Podcast: How Bitcoin Solves Financial Apartheid Podcast: 2022 - a Year in Grassroots Bitcoin Adoption for Africa Podcast: Mining Bitcoin With Solar in Zimbabwe 5th Bitcoin for Fairness Meetup in Lusaka, Zambia Video Documentary: How Bitcoin Enforces Human Rights Hosted a Bitcoin for Fairness Meetup in Accra, Ghana Bitcoin Technology Center “Btc” in Edwinase Community Near Kumasi First African Bitcoin Only Conference Sowing the Seeds for Further Adoption Bitcoin Flyer in Luganda Podcast: How Bitcoin Enforces Human Rights Countries Where People Suffer the Most From Currency Depreciation Opposing the Corruptible Fiat System, Bitcoin Enforces Universal Human Rights Lightning Node in a Browser Bitcoin Meetup Zambia Nr. 4 Bitcoin Flyer in Swahili Bitcoin.com Launches Verse Token Empowering Female Bitcoin Educators in Africa Earn Bitcoin on Stacker News: People Asked and I Answered “In Conversation With Trevor” the First Zimbabwean Podcast to Receive Bitcoin Payments Podcast: Introducing Bitcoin to Zimbabwe Privacy Talk Mit OrangedMike Message to Zimbabweans: “Bitcoin Should Be the Currency of Choice” The Bitcoin Myth Busters Anita Posch on Techtrends Zambia Paying Your Groceries With Bitcoin in South Africa